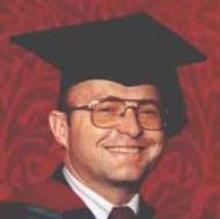 C. Lance Harding has lived most of his life near his birthplace in Utah, in the center of the western United States. He studied Visual Arts at Brigham Young University in Provo, Utah. Being raised in a religious setting by Christians who build sacred Temple buildings, he has always been interested in the religious meaning and symbolism behind the Sacred Art and Architecture of all religious faiths as well as his own.

Lance received a full scholarship to study in London, U.K, at the Visual Islamic and Traditional Arts Department, now called the Prince's School of traditional Arts. He worked under the direction of world renowned Professor Keith Critchlow and also studied ancient knowledge and measurements with author John Michell. When Lance received his degree, the school's graduate show and graduation ceremony were attended by and presided over by HRH, the Prince of Wales.

He finished his Thesis (Dissertation) on the Ancient Greek Canon of Human Proportion and the Vitruvian Man, completing his research in the great Libraries and Museums of London, Oxford, Paris, the Alhambra Palace in Spain, and the Benedictine Monastery of St. Martin, the center of Beuronese Art in Beuron, Germany.

Lance Harding has taught workshops on Human Proportion, Geometry, and Measurements with Dr. Scott Olsen in New York City for artist Alex Grey and previously for Roger Green at the Academy of Sacred Geometry. Lance and Scott Olsen also taught workshops at the Springville Museum of Art in Utah. Lance has worked with Archaeologist V. Garth Norman at the Parowan Gap in southern Utah, the ancient Native American petroglyph, calendar, and outdoor Temple site. He also participated in a research project on the Temple Mount and Mount of Olives in Jerusalem for Vern G. Swanson, retired Director of the Springville Museum of Art, with Archaeologist Garth Norman and Astronomer John Pratt.

My Experiences with Professor Keith Critchlow - by C. Lance Harding

I first met Keith Critchlow at a workshop on Sacred Geometry in Boulder, Colorado; where I gave a brief presentation on my human canon studies. I learned that Professor Critchlow had done a great deal of research on the subject including the Vitruvian Man. He invited me to fill out an application to attend the Visual Islamic and Traditional Arts Department in London at the Prince's Institute of Architecture. A week or two before the deadline, I sent the application to London not thinking that I would hear anymore. A few weeks later I received an invitation to come to London for an interview at the school. I was flattered but thought to myself - I cannot go all the way to London just for an interview. But I realized that Keith would not have invited me if he was not sincerely interest in me and my studies, so I decided that the worst thing that could happen to me for accepting the invitation is that I would have a great vacation in London whether I was accepted into the school or not. I went to London, attended the interview with the faculty at the school and ended up getting a full scholarship for three whole years, eventually earning a Ph.D. Degree.

Keith was very helpful to me during my studies and research at the Visual Islamic and Traditional Arts Department (now called the Prince's School of Traditional Arts). He often went out of his way to share research material with me, including his own discoveries and work, and continually encouraged me to do more of my own work. As a result I completed research in the great museums and libraries of London including the British Museum and Library, the Victoria and Albert Museum and Library, the Warburg Institute, London Library, and the Ashmolean Museum in Oxford. I also traveled to study Beuronese Art at the Monastery of St. Martin in Beuron Germany, where I lived with the Benedictine Monks for a whole week to do research on the so-called Desiderian Canon of ideal human proportion - based on geometry and Pythagorean Philosophy. I was allowed a free hand to go and do whatever I wanted, and as a result I not only studied the ancient Egyptian and Greek canons of human proportion, but I completed comprehensive research on the Ideal Man in the Square and Circle as described by Roman Architect Vitruvius and illustrated by Leonardo da Vinci and other Renaissance Artists.

I compared my studies with and learned from Keith's own research and drawings on the subject. My thesis (dissertation) ended up with over 400 pages and by the time it was finished I was including my own analytical and canonical measurements contained with the corresponding geometric drawings that I overlaid on photographs of ancient Greek statues. Two of my fellow students helped me to measure the Greek Metrological Relief sculpture and the plaster copy of the "Kanon" statue Doryphoros (Spear Bearer) by Greek Sculptor Polyclitus, at the Ashmolean Museum in Oxford.

While attending workshops in Colorado and New Mexico with Keith Critchlow, I also met and studied with Author John Michell, expert on ancient measurements and megalithic sites. I included into my research thesis, his knowledge on ancient geometry, proportions, and ancient units of measurement, and how they all related to ancient canons of the human body. I talked with John Michell and read his books, and he also served on my thesis (dissertation) committee.

While attending school in London I also traveled and studied at the Louvre Museum in Paris, Islamic Art in the Alhambra Palace with Keith Critchlow at Granada - Spain, and with Keith to Chartres Cathedral in France. While visiting Chartres Cathedral on several occasions, I did research on the hidden calendar contained within the geometry and measurements of the Chartres Labyrinth. I discovered that along with being a symbolic and cosmological ritual tool, full of religious meaning, the labyrinth was also actually used as a calendar for the count of solar and lunar cycles and alignments that could be used in the prediction of eclipses. Of course, Keith is one of the world's experts on Chartres Cathedral and it was always a great opportunity to be with him, listen, and absorb his knowledge.

Professor Critchlow took the time to teach geometry classes for us, where we learned the basics of ancient and sacred geometry and also the geometry of Islamic Patterns. We of course had access to Keith's well known book on "Islamic Patterns" and our instructors Emma Clark and Paul Marchant were expert in the study of Islamic Art and Patterns as well. Professor Critchlow helped me to understand geometry because he always, had us do our own drawings to learn correctly, and taught us meaning and symbolism behind the geometry and mathematics, so that we could relate it to what we learned and how to apply meaning in our own lives. I experienced how numbers and geometric signs can become meaningful symbols and useful tokens of knowledge and wisdom. I have always tried to teach others the way that Keith taught us by getting them involved doing their own work and giving people an understanding of the meaning behind the symbolism in traditional and sacred geometry and aesthetics.

Our Graduation Show in London was attended by HRH the Prince of Wales and he took the time to interview each one of us separately. While Charles was talking with me and viewing my Vitruvian study drawings he turned to me and said, "This is what Keith tried to do to me!" I did not know what to say or dare to ask him about this, so I asked Keith about the Prince's comments later. Keith told me that on one occasion while he was visiting with the Prince of Wales, while discussing the positions and proportions of the Vitruvian Man, he had convinced the Prince Charles to lay flat on the floor and be the example - by spreading out his arms and legs outward in the "Vitruvian Position" of the ideal man standing inside of the square and circle.

Past On Location Courses with C. Lance Harding, Ph.D.