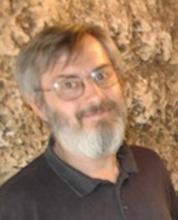 Bill Donavan was born in Chicago, Illinois to Patrick Donavan, an Engineer, and Virginia, who was a nurse in the Navy and also worked as an electronic technician for Teletype Corporation.

His background is in Electronics, having worked in the Lab in both Emerson Electric and Linear Corporation in Illinois.
He later moved to Georgia, and was the Plant Manager for Snyder Company, a paint and furniture finish manufacturer. When the plant closed, he did consulting work, helping inventors with various engineering problems. He also was the Editor for The Truth Newspaper, a publication that featured articles that the mainstream media would not cover.
He has authored one self-published book, "Glimpses of Epiphany", and contributed to other publications such as "The Antigravity Handbook", as well as others. He also wrote the search engine for the database version of "The Emerging Energy Science", a bibliography on alternative energy published by PACE (Planetary Association for Clean Energy).

Today Bill is still doing consulting work with independent inventors, and collaborates with the Implosion Group as well as Quantum Resonance Technologies and TBT, which is located in Texas. He also works with Tenth Row Studios & Productions, which does special event photography and videography.

Past On Location Courses with Bill Donavan